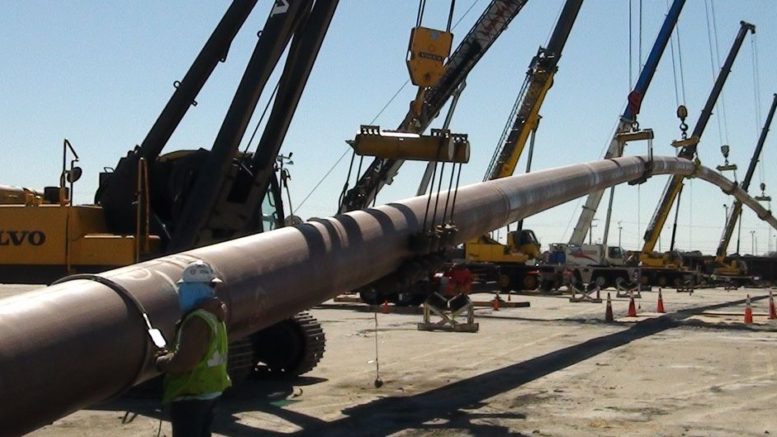 Under the first deal with an unnamed utility company, Primoris will relocate the interconnects between four natural gas transmission lines that are currently in the center of a major intersection.

Work is slated to started in the second quarter of this year and estimated completion is the first quarter of 2020.

The second deal is a meter protection project in Northern California that features installation of steel posts in front of existing meters at over 7,000 locations to protect the meters from damage by vehicles.

Work is expected to commence in the second quarter of this year and slated for completion in the fourth quarter this year.

The third award is the installation of underground electrical approaches to a new substation in Southern California.  The scope of work includes three 41” bore casings under an existing railroad, installing over 36,000 feet of conduit, and trenching and backfill for the conduit.

Last week, Primoris secured a $19 million deal for the second phase construction of an industrial gas plant in Texas.

Primoris said the increase was primarily due to incremental revenue from acquisitions and organic growth in its pipeline division.

It also unveiled that it had secured a $30 million master service agreement to construct and install natural gas distribution main and service pipelines in the Midwest.

In November, Primoris landed two contracts worth a total of $17 million for a new industrial gas plant in Louisiana, while it also secured a $90 million maintenance renewal contract with an unnamed oil producer.

In August, Primoris announced that it had secured a number of pipeline and underground contracts worth a total of $145 million.

US construction expenditure posted a moderate gain of 0.8% in November to a seasonally adjusted annual rate of $1.3 trillion from a revised $1.29 trillion in October, according to latest figures from the Commerce Department.