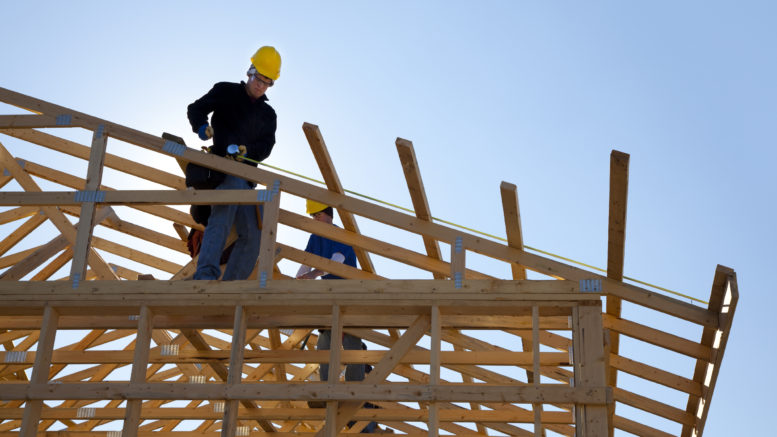 ConDig (17-Apr-18).  Construction of new homes in the US shot up 1.9% in March as a surge in the multifamily housing sector offset lingering weakness in single-family home construction.

The uptick pushed the seasonally adjusted annual rate to 1.32 million units last month compared with a revised total of 1.295 million units in February, according to latest figures from the US Department of Housing and Urban Development and the Commerce Department.

Building permits, which are a sign of future activity, jumped 2.5% higher to a rate of 1.354 million units in March.

“Builders are optimistic about future demand for housing and are ramping up production to meet this demand,” said National Association of Home Builders (NAHB) chairman Randy Noel.

“Single-family starts dropped slightly this month, but single-family permits year-to-date are up 5 percent from their level over this same period in 2017.”

The drop in single-family starts in March was largely driven by lingering winter weather that is causing production delays in certain areas of the country.

It comes as the NAHB reported yesterday that builder confidence in the market for single-family homes edged down one point to a level of 69 in April, which was the fourth straight month of declines.

The drop was driven by the persistent supply constraints, such as a lack of buildable lots and increasing construction material costs. Tariffs placed on Canadian lumber and other imported products are pushing up prices and hurting housing affordability.

Be the first to comment on "Housing starts increase 1.9% in March on multifamily surge"