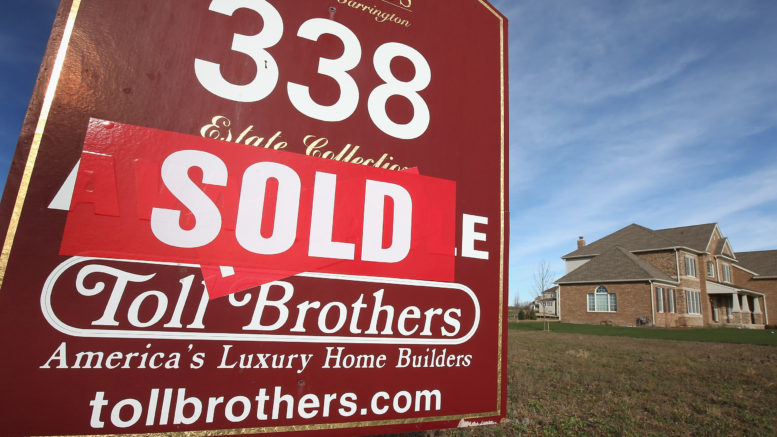 ConDig (23-May-17).  Profit at US luxury homebuilder Toll Brothers Inc surged 40% in its fiscal second quarter as robust home sales and orders helped underpin a 22% rise in revenue.

Rvenue was $1.36 billion compared with $1.11 billion in the year-ago period, while orders, which are an indicator of future revenue, jumped up 26% to 2,511 homes in the second quarter, the company’s best order growth in nearly three years.

“This was the best spring selling season we have had in over ten years,” said Douglas C. Yearley, Jr., Toll Brothers’ chief executive officer.

“The supply of new and existing homes continues to trail the growth in population and households. We are producing strong results even with industry-wide home production levels still well below historic norms.”

With demand expected to remain strong and supplies constrained, the company raised its full-year revenue forecast range to $5.4 billion-$6.1 billion from a previous level of $5.2 billion-$6.2 billion.

Strong market conditions continue to support earnings at many US homebuilders amid robust demand and languishing inventory levels, while mortgage rates remain near historic lows despite recent moves higher.

But there are concerns that growth in the housing sector this year could be hampered by further rises in mortgage rates that could leave many price-sensitive first-time buyers on the sidelines of the market, while labor and material costs continue to be elevated.