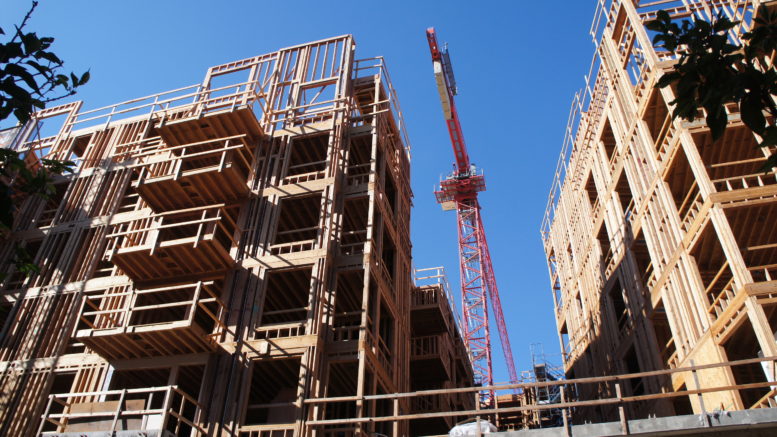 ConDig (25-May-17).  Confidence in the apartment and condominium market tumbled in the first quarter of this year as building production eases in response to high levels of supply in many areas of the country and steady demand, according to a latest survey by the National Association of Home Builders (NAHB).

The association’s Multifamily Production Index (MPI) dropped seven points to 48 in the first quarter from 55 in the fourth quarter and was also down from a score of 53 in the same period last year.

A reading above 50 indicates that more respondents report conditions are improving rather than deteriorating.

“The drop in the MPI in the first quarter is consistent with NAHB’s forecast of a general leveling off of multifamily production activity,” said NAHB chief economist Robert Dietz.

All three components of the index dropped in the first quarter, with low-rent units falling six points to 48, market-rate rental units decreasing three points to 55 and for-sale units tumbling nine points to 43.

NAHB noted that volatility in the tax credit market is also negatively impacting the production of affordable rental properties, most of which need to be financed with tax credits.

But added that developers of market rate properties in many parts of the country remain reasonably optimistic.

The luxury apartment market in large metros like New York City and San Jose, CA, continues to struggle amid a wave of new construction that has flooded the market following the recession when developers focused on the high-end apartment sector, driven by robust demand from young professionals and a drop off in homeownership.

Developers like Toll Brothers are now increasingly focusing on the more moderately priced sector of the market as demand in the top-tier continues to slow.