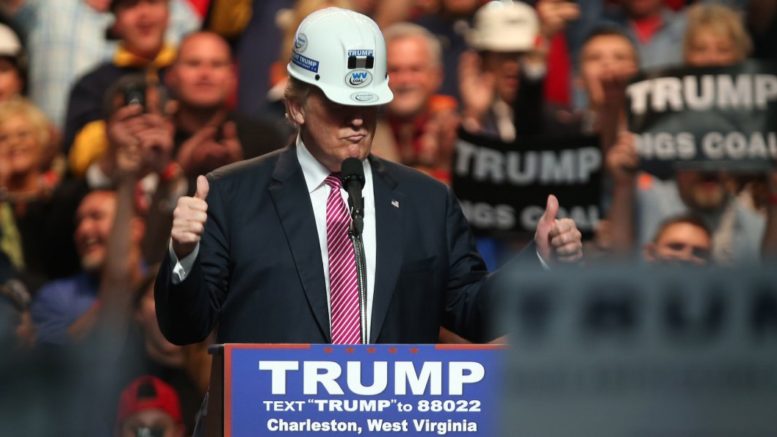 ConDig (30-Apr-19).  Leaders of the US construction industry are calling on Congress to act swiftly following an agreement between President Trump and top democrats to pass a $2 trillion infrastructure upgrade plan.

“The fact President Trump and Democratic Congressional leaders agree to enact a much-needed new infrastructure measure underscores just how vital these investments are to the country’s continued prosperity and global competitiveness,” said the chief executive officer of the Associated General Contractors of America, Stephen E. Sandherr.

“Congress and the administration need to act quickly to convert this bipartisan agreement into a comprehensive infrastructure measure that will fund significant upgrades to our aging and over-burdened infrastructure.”

The comments follow news that Democratic congressional leaders and President Trump had agreed to a $2 trillion infrastructure bill.

Senate minority leader Chuck Schumer said the proposed package would include funds to repair roads and bridges and also water projects. There would also be an emphasis on broadband and the power grid, so “we can bring clean energy from one end of the country to the other”, he said.

Democratic leaders said they would wait for Trump to outline his funding proposals in three weeks.

Last year, Trump pledged to introduce a $1.5 trillion infrastructure bill, but failed to build cross party support due to concerns over funding and so far Congress has only earmarked $21.2 billion towards revamping the nation’s infrastructure.

As part of our forceful advocacy for these new infrastructure measures, we have identified – through our Americans for Better Infrastructure campaign – tens of thousands of Americans of all political persuasions who expect Congress to act. Moving forward, we will encourage these Americans and our members from across the country to urge Congress and the administration to deliver on today’s promised measure.”