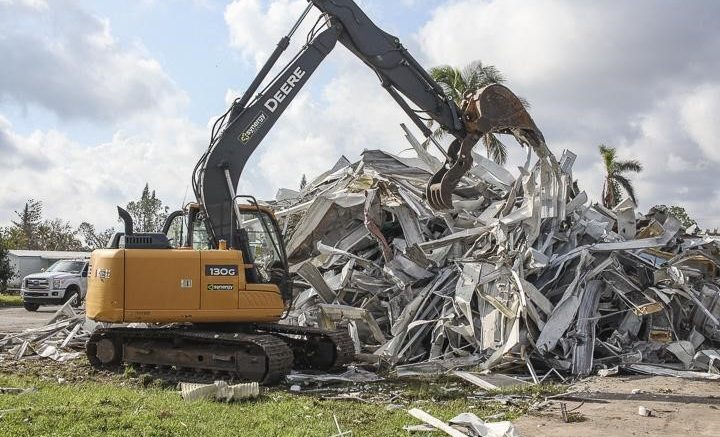 ConDig (03-Apr-18).  A total of 11 Florida-based roofing contractors have been forced to pay $239,893 in back wages to 259 employees following violations of the overtime and recordkeeping standards in the aftermath of the Hurricane Irma rebuilding effort in the state.

The U.S. Department of Labor’s Wage and Hour Division said that an investigation found that the companies paid employees a piece rate, without regard to the number of hours they actually worked.

This practice resulted in overtime violations when the employers failed to pay employees overtime for hours worked beyond 40 in a workweek. The employers also violated Fair Labor Standards Act recordkeeping requirements when they failed to record the actual number of hours these employees worked.

“Employers must understand their obligations and responsibilities under the law. Pay practices must comply with the law,” said Wage and Hour division district director James Schmidt.

Hurricane Irma was downgraded to a Category 4 storm before it hit the Florida Keys on September 10. It was the first time in 100 years that two storms Category 4 or larger hit the US mainland in the same year after Hurricane Harvey hit Houston, Texas just three weeks before. The total cost of damage from Irma was estimated at about $50 billion.

Meanwhile, Omaha-based plumbing contractor Gavrooden Inc is facing fines of $38,061 for failing to protect its workers from excavation collapse hazards.

The Occupational Safety and Health Administration (OSHA) said the citation is the second in less than six months.

OSHA inspectors said that employees from Gavrooden Inc., doing business as Mr. Rooter Plumbing, were working in an unprotected trench while repairing a sewer line.

OSHA cited the company for one willful and four serious violations for failing to use a protective system to prevent trench collapse; train workers on trenching hazards; and place soil piles a safe distance from the open excavation. OSHA cited the company in November 2017 for similar hazards at another worksite.

“Trenching and excavation are among the most hazardous jobs in construction,” said Jeff Funke, OSHA Omaha area office director. “This employer has endangered workers by disregarding safety requirements to prevent cave-ins.”