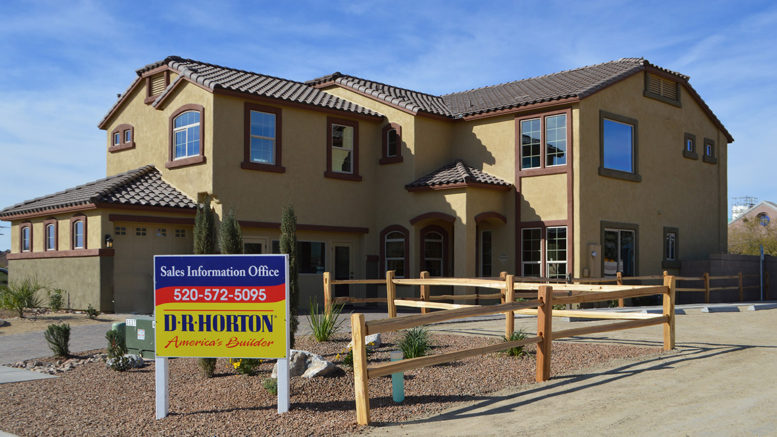 ConDig (09-Nov-17).  Profit at US homebuilder D.R. Horton rose 10% in its fiscal fourth quarter on increased revenue and home sales, with the largest US homebuilder also upping its revenue forecast for the year.

The Forth-Worth, Texas-based homebuilder, which snapped up residential developer Forestar Group Inc in the summer, posted net income of $313.2 million for the quarter ended September 30 compared with $283.6 million in the same period last year.

D.R. Horton said it now expects 2018 consolidated revenue to increase about 13-19% compared with its previous estimate of 10-15%.

“With 45,751 homes closed in fiscal 2017, D.R. Horton completed its 16th year in a row as the largest homebuilder by volume in the United States,” said Horton chairman Donald R. Horton.

“With 26,200 homes in inventory at the end of the year, 249,000 lots owned and controlled, and positive sales trends in October, we are excited and well-positioned for continued strong performance in 2018 as we celebrate our 40th anniversary year.”

Housing analysts have said the latest results suggest demand for housing remains strong amid a robust US job market.

But the industry is still being hampered by lot and labor shortages that has led to a supply squeeze.

With homebuilders facing higher land acquisition costs and a shortage of skilled labor that is driving up costs, the sector is expected to continue seeing consolidation.

Last month, Lennar Corp said it is set to acquire rival CalAtlantic Group in a stock-and-cash deal valued at about $9.3 billion, which would create the largest homebuilder in the country.