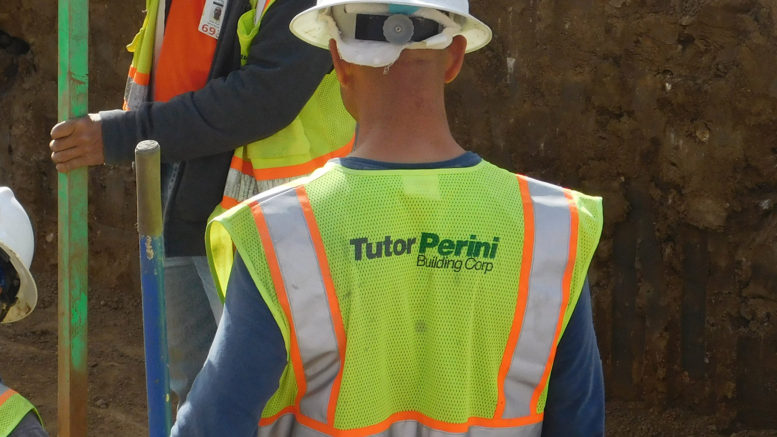 ConDig (10-Nov-17). Profit at Tutor Perini Corp slid 18% in the third quarter of this year as revenue at the civil, building and specialty construction company was impacted by delays in the timing of new contract awards and project execution activities.

It comes as revenue was $1.2 billion, down from $1.3 billion for the third quarter of last year.

Tutor Perini said the fall was driven by various civil and building division projects nearing completion and newer projects, particularly in the civil segment, being earlier in their project life cycle and are not yet generating the higher levels of revenue that are expected later.

The shift in earnings forced the company to reduce its guidance for this year, with the company now expecting revenue to be about $5 billion and diluted earnings per share (EPS) now expected in the range of $1.75 to $1.90.

Project backlog in the civil division surged 54% from a year ago to $4.3 billion, which was a new record. New awards and adjustments to contracts in process totaled $1.1 billion in the third quarter and $4.8 billion in the first nine months of this year, well outpacing revenue for the nine-month period last year.

“We have continued to experience certain delays in the timing of new awards and project execution activities for previously awarded projects, which resulted in revenue and profit shortfalls in the quarter. On the positive side, we achieved improved operating margins for the quarter in both our building and specialty contractors segments while maintaining good margin performance in our civil segment,” said Ronald Tutor, chairman and chief executive officer.

“We continue to see an unprecedented and growing volume of prospective opportunities ahead, especially in our higher-margin civil segment, with several large project award decisions expected in the near future. Consequently, our long-term outlook for growth and improved profitability remains very favorable.”

Earlier this week, Tutor Perini announced that it had secured a $189.4 million contract to replace a large elevated section of Interstate 895, known as the Canton Viaduct, in Baltimore, Maryland.